Going Virtual? E-Booklets of “Too Good To Passover” are now Available for Download on Amazon!

Also available on Amazon in the following countries:

Are you looking for new and creative ways to keep busy during this upcoming Passover holiday while staying home? How about arranging your own movie & recipe pairing by enjoying my Grandma Fritzie’s Passover Kibbeh Hamdah soup while sitting back with the mouth-watering documentary IN SEARCH OF ISRAELI CUISINE, now streaming on ChaiFlicks, dedicated to the best in Jewish entertainment!

When ChaiFlicks first contacted me about highlighting one of my recipes and pairing it with one of their online movies, I thought that it was a fun idea. And when they later emailed me that they had matched me up with the movie IN SEARCH OF ISRAELI CUISINE, I was even more pleasantly surprised!

Coincidentally, I happened to have met the movie’s director Roger Sherman in 2018 where we each received the Yitzhak Rabin Spice of Life Culinary Achievement Award organized by AFRMC (American Friends of Rabin Medical Center) to benefit emergency medical care in Israel. After a short talk about its production I was able to view Roger’s movie with the other guests and I found it surprisingly moving.

Funny enough the following year I was invited as a guest to the annual 2019 Spice of Life fundraiser where the famed author/chef/restaurateur of “Zahav” and star of Roger’s documentary — Michael Solomonov — was the honored guest for his contributions to Israeli cuisine!

I am honored to be paired with both of these great contributors to the world of Israeli food and Jewish culture. And I know that Grandma Fritzie is probably smiling right now too.

My Virtual Trip to “The One Way Ticket Show”: A Passover Podcast in Quarantine.

I was recently interviewed by Steven Shalowitz for “The One Way Ticket Show” where I discussed the etymology of the word “quarantine” as well as an interesting Italian Seder tradition. While this was the third time I had met Steven, it was the first time that our discussion had to be conducted virtually while each of us sheltered in our own New York City apartments. We had to figure out a few things technically but in the end we were successful!

Please click on the link below to listen along in the comfort of your own home!
Passover 2020: One Way Ticket Show

You may also be interested in my last “The One Way Ticket Show” interview:
Episode 148: To be a confectioner in the kitchen of Sultan the Magnificent.

Χανουκά or Hanukkah? It’s All Greek To Me!

Wondering what to prepare for Hanukkah this year? Click here to check out my latest article on preparing a Greek olive oil and wine cake for the holiday. 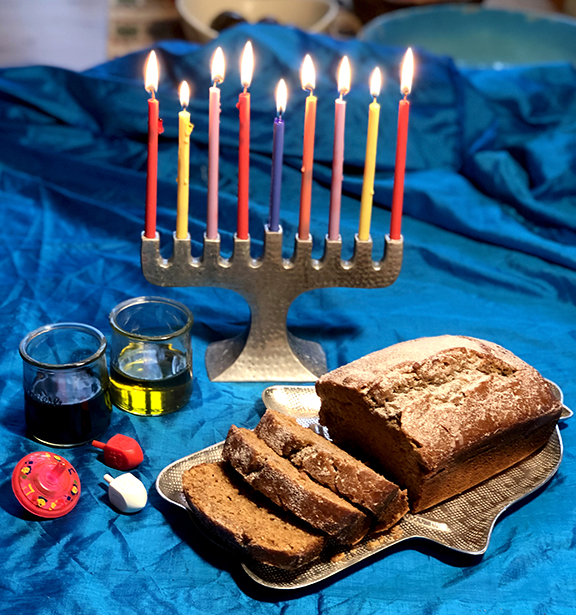 Give the gift of Passover for Hanukkah this year! 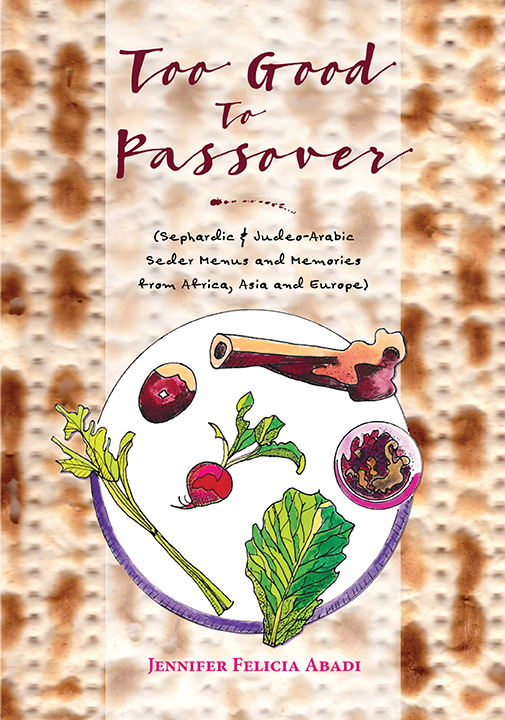 “Too Good To Passover” has been entered as a finalist in this year’s Self-Published Cookbook Category! Winners will be announced at the IACP awards ceremony on May 18th in Santa Fe. Will keep you posted!

Happy 70th Birthday Israel! My podcast with Steven Shalowitz on popular Israeli foods and their origins

In honor of Israel’s 70th anniversary (April 18, 2018), I was interviewed by Steven Shalowitz to discuss popular Israeli food for JNF’s Podcast (the Jewish National Fund), IsraelCast. Tune in as we discuss the origins of shakshuka, borekas, felafel, hummus, halvah, the biblical herb za’tar, and shnitzel. (I will even talk about how pastrami became a Jewish-American deli favorite!)

Click here for JNF’s Podcast, IsraelCast
(Scroll down to “Episodes” and you will find it listed first as
episode 25, Culinary Expert Jennifer Abadi.)

Note:
In the second half of my talk I will also briefly discuss my new cookbook
Too Good To Passover.

The One Way Ticket Show: My trip to the Ottoman Empire to meet the Sultan. 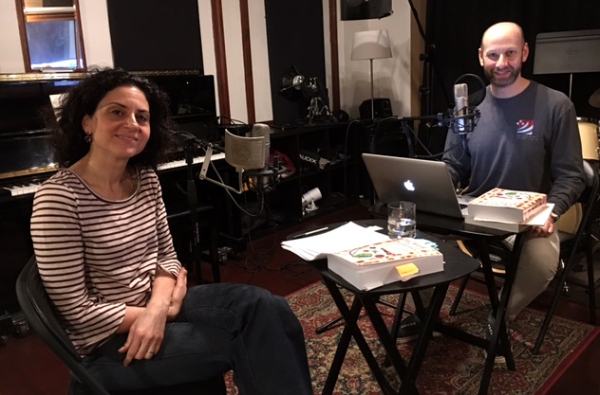 In a recent interview by Steven Shalowitz for his podcast The One Way Ticket Show, I was asked the following question: “If I gave you a one-way ticket, past, present, future, real, imaginary or state of mind, where would you go?” (Remember — there’s no coming back!)

Putting aside the fact that by going back in time I would be giving up some of the great discoveries in medicine, technology, and advancements in human rights, I chose to go back to the Golden Age of the Ottoman Empire under Sultan Suleiman the Magnificent in the mid 1500s. (I had briefly considered the golden age of Jewish culture in Spain in the 8th and 9th centuries, but decided I didn’t want to be stuck there once the Inquisitions began.)

Synagogue in Cochin, India Opens Its Doors One More Time.

Here is a short video of a recent service held at the surviving 900-year-old synagogue in Cochin, India. Please take the time to view it as it gives you a rare glimpse of the synagogue inside, and introduces you to one of the few Indian Jews still living there, whose job it is to take care of it.

“A Feast of History: The drama of Passover through the ages”

In reading Chaim Raphael’s book, A FEAST OF HISTORY: The drama of Passover through the ages, I came across the following description of the Seder ceremony, which I think sums up its role as a common (yet important) Jewish experience:

“The Seder has a unique quality, however, in that it is a ceremony which brings together — and always has throughout history — all kinds of people of Jewish origin, no matter what weight they normally attach to this in terms of belief, practice, political philosophy, social interests or family loyalties. Among our profusion of skeptical Jews … there are not many who will refuse to attend the Seder ‘on principle’ — as they might other Jewish observances. On the surface, nothing is committed by attendance.”

— Chaim Raphael
(Excerpted from: A FEAST OF HISTORY: The drama of Passover through the ages (with a new translation of the Haggadah for use at the Seder). Steimatzky’s Agency, Ltd. together with Weidenfeld Nicolson, London, 1972, pages 17-18.)

Have a good Seder everyone!

Every year rabbis in certain regions of the country and the world spend countless hours watching and examining designated wheat fields for the sole purpose of producing Pesach flour to make Shmura (“watched” or “guarded”) Matzah for Seder ceremonial use. While the intent for checking these fields is to insure that no moisture has contaminated the wheat (which could lead to fermentation and make it chametz or unkosher for Pesach), there may be the indirect benefit of creating a better quality, better tasting, and even healthier wheat flour. Could farmers learn from these rabbis about the best ways to take care of their fields? Check out this very interesting article yesterday and you will learn some interesting things as well.