“Quarantine,” the significance of the number 40, and Passover. 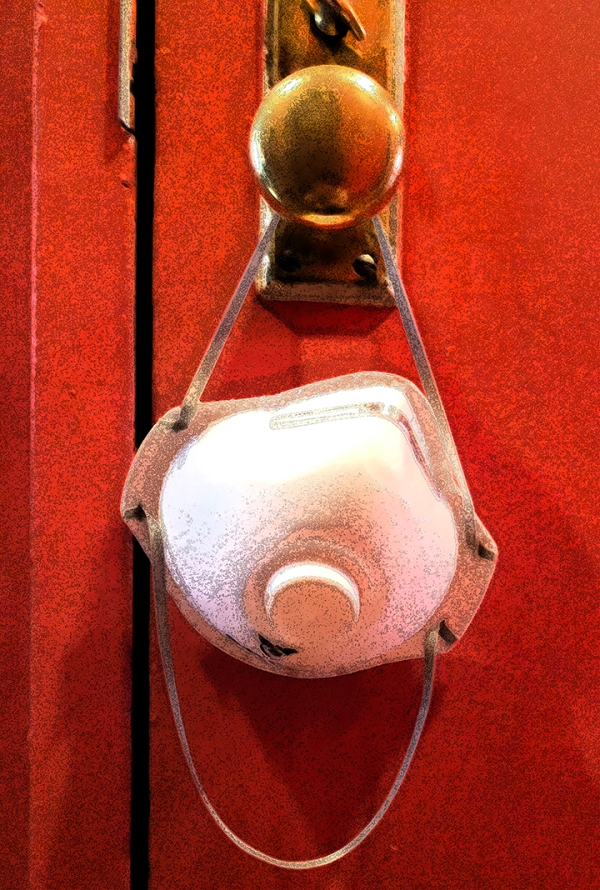 The word quarantine derives from the Latin word quadrāgintā and Italian quaranta meaning “forty.” But how did we get to the number forty as a reference to isolation?

In his article “The Origin of Quarantine,” Paul Sehdev notes that one of the earliest references to the use of isolation as a strategy for limiting the exposure of a disease such as leprosy can be found in the Bible (although a minimum period of time is not specifically mentioned):

LEVITICUS 13:46: “As long as they have the disease they remain unclean.
They must live alone; they must live outside the camp.”

Sehdev goes on to explain that in the fourteenth century Europe first began adopting extreme measures of isolation in order to control the spread of the Black Plague. In 1377 a council in southern Italy declared a mandatory thirty-day isolation period called a trentino for those residing or visiting hotspots mostly affected by the Plague, threatening fines to anyone who even tried to visit the closed off area without license. The period of time was eventually extended forty days, thus changing the term to quarantino.

While one can assume that the period of time had been extended out of necessity to more thoroughly contain the disease, why the number was changed to forty at this point in history to become an official term in our language today is curious. Perhaps this seemingly random number has roots in the three Abrahamic religions of Christianity, Islam, and Judaism where the number forty has particular significance:

In his article Mr. Sehdev goes on to note how the Christian practice of Lent — a period of “spiritual purification” — lasts for forty days, as mentioned in the New Testament:

MATTHEW 4:2 (Jesus fasting in the Judaean Desert): “After fasting forty days and forty nights he was hungry.”)

In Islam the number forty is mentioned several times in the Quran and believed to be the age when a person obtains his or her highest level of wisdom and intellectual maturity:

SURAH al-AHQAF, 46:15: “… When he comes of age and reaches forty years, he says, ‘My Lord! Inspire me to give thanks for Your blessing with which You have blessed my parents and me, and that I may do righteous deeds which please You, and invest my descendants with righteousness. Indeed I have turned to you in penitence, and I am one of the Muslims.”

In Judaism the number forty is written throughout the Torah as a number tied to change/transition, and renewal/purification:

GENESIS 7:4 (Noah and the flood): “For seven days from now I will send rain on the earth for forty days and forty nights, and I will wipe from the face of the earth every living thing I have made.”

EXODUS 34:28 (Moses and the Ten Commandments): “And he was there with
the Lord forty days and forty nights; he did neither eat bread, nor drink water.
And he wrote upon the tables the words of the covenant, the ten commandments.”

NUMBERS 32:13: “And the Lord’s anger was kindled against Israel, and he made them wander in the wilderness forty years, until all the generation, that had done evil in the sight of the Lord, was consumed.”

During the Seder we retell the story of our ancestors the Israelites who were freed from bondage in Egypt and brought to the Promised Land of Canaan (the region in which today’s Israel is located). A trip that should have taken only forty days turned instead into a forty-year period of isolation as they wandered along with uncertainty. Perhaps as a people they needed to first go through this period of struggle together so that by the time they reached their final destination they were ready to embrace their new home and become the unified nation of Israel they were meant to be.

Many cities and states throughout the country and the world today have issued shelter-in-place orders and told their citizens to stay at home in order to minimize the spread of the COVID-19 virus. We are constantly told to keep our distance from others, even family members who may be most vulnerable to the disease. All shops, except for grocery stores and other essential businesses, are completely closed forcing many to work from home or lose their jobs. Students around the country are learning virtually online with their teachers, while healthcare workers are working around the clock to save thousands of lives. But one bright spot may be the number of people who have been reunited by phone or video with friends and relatives who they had lost touch with long ago.

The New York City quarantine officially began on Monday, March 23, and we are now only in our eighth day of isolation. I only hope during these weeks (or months) of uncertainty and fear that we too — like Israel — will all come out of this as a more unified nation and people than we had been going in.

Please take care of yourselves and be good to others.
And I’ll see you on day forty (May 1.)

Salam Islam. “What is the Significance of Number Forty in Islam?”
Published 10/13/19.

2 thoughts on ““Quarantine,” the significance of the number 40, and Passover.”

Make your own falafel sandwich night!
When Christmas Eve falls on Shabbat (or Shabbat falls on Christmas Eve?) it’s the perfect time for a challah-baking lesson!
So is it strange to think that your new pot is beautiful? This is my belated Hanukkah gift to myself. I have plans to make some very good stews, rice dishes, and breads in the coming winter months!