Is the American Passover Macaroon a Descendant of the Alsatian Macaron? 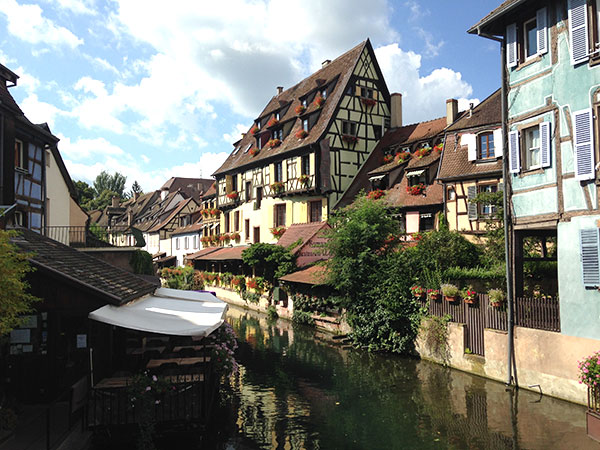 Last summer I visited Colmar, a town in the northeastern region of Alsace bordering Germany, that looked like it was right out of a Disney fairly tale. Since the 17th century, Alsace moved back and forth under German and French control, and walking through Colmar I could easily see the influence of both in its architecture as well as its food. The Jewish community of Alsace is one of the oldest in Europe, dating back to the 11th century, and at its peak in 1870 came to about 35,000.1 In doing a little research online, I came across a paper by the sociologist Anny Bloch-Raymond noting that the first major influx of Jews from the Alsace-Lorraine region and Germany to America was from 1820 to 1860 (with the majority settling in New York from 1830-1850  2) for economic reasons, while the later wave of immigration from 1872-1918 was because of cultural and political reasons.3 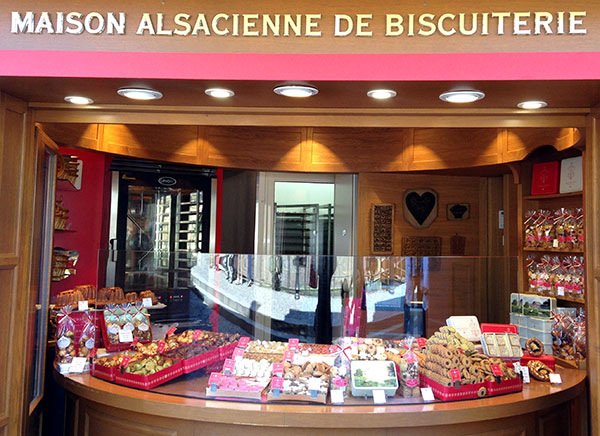 While meandering along Colmar’s winding streets, I noticed a local bakery that sold unique Alsatian pastries. When I got close enough to take a better look, I discovered small parcel-shaped cakes called macarons that looked exactly like the Passover macaroons I had grown up with in New York! 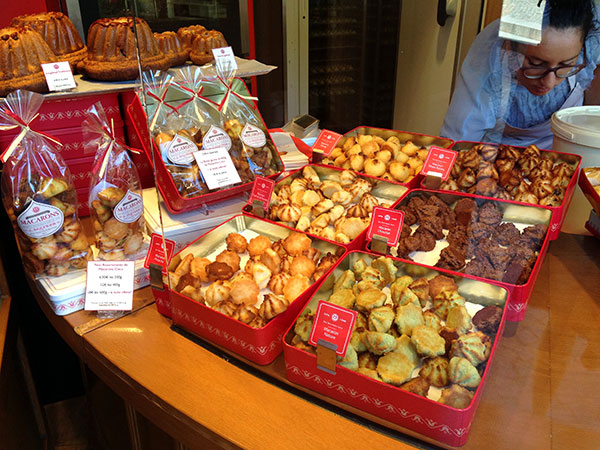 I eagerly purchased a variety of flavors ranging from orange, passion fruit, and rum raisin, to almond, pistachio, and chocolate. When I tasted them, the texture was similar to the American-Jewish coconut-based macaroon, but the flavor was richer (and well, better). I went back to ask the woman working in the store if these macarons had any flour in them, and she explained that while it was mostly made of dried ground coconut, or contained ground nuts (such as pistachios or almonds), there was indeed some kind of regular flour mixed in (which explained the difference in texture). 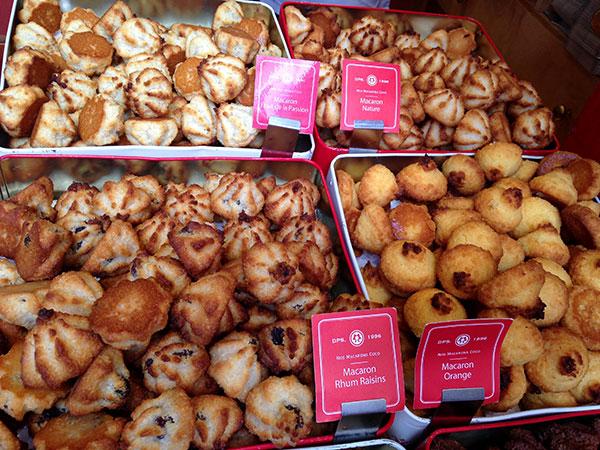 It appears to me that the Alsatian-German macaron that I tasted in Colmar is directly related to the Jewish-American Passover macaroon, brought over by German and Alsatian Jewish immigrants who settled in New York and other northeastern cities in the United States in the late 19th and early 20th centuries. The macaron (made with dried coconut and/or nuts, flour, egg whites, and sugar) likely evolved into the macaroon (made with the same ingredients, minus the flour), which made it perfect for serving during Passover when flour is avoided.

2 thoughts on “Is the American Passover Macaroon a Descendant of the Alsatian Macaron?”