Four Generations Come Together for Algerian Boulettes with Green Peas

Each spring, Ginette Cohen would pack her suitcase with quatre épices and a box of Spigol spice packets, and fly from France to New York City to visit her grandson David Rak for his birthday. In his tiny Harlem kitchen, she would prepare the dish that he most longed for: Les Boulettes, and a few weeks ago I was lucky enough to catch her on a visit and learn her secrets. Ginette explained to me that for other occasions, these meat patties would be coated in semolina and served over couscous, but during Passover they were instead dusted with matzah meal and served over steamed crushed matzah. Proudly served on all occasions, Boulettes gives delicious new meaning to Algerian-Jewish comfort food.

The following is a visual recipe for Boulettes:

Step 2: Roll meat into large balls and roll lightly in the semolina or matzah meal. 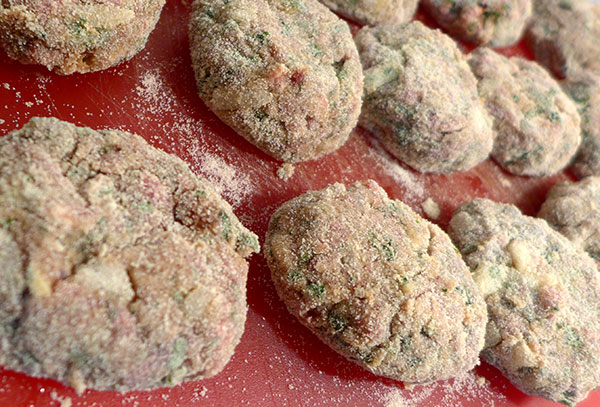 Step 3: Place all coated meatballs onto a cutting board or tray and flatten slightly into patties. 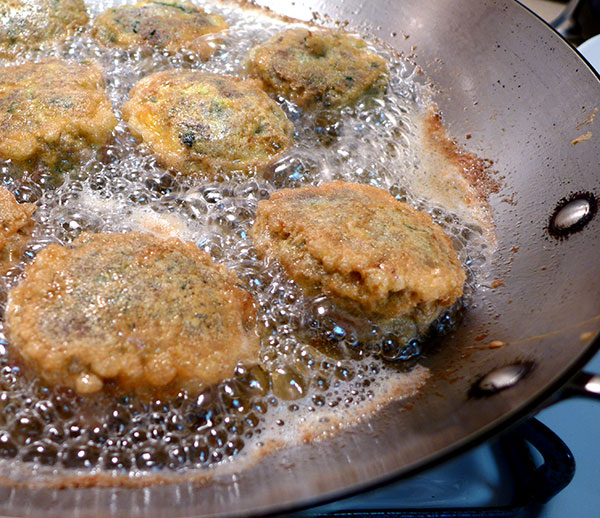 Step 5: Gently place into a pan with very hot oil and fry until dark golden-brown on both sides.

Step 6: Simmer boulettes with peas in a broth made of water, onions, salt, turmeric, and saffron for 1 hour. 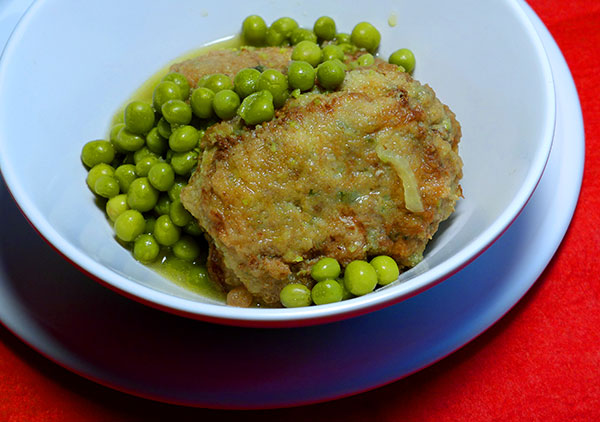